What is Seasonal Affect Disorder?

Seasonal affective disorder (SAD) is a mood disorder in which people who have normal mental health throughout most of the year exhibit depressive symptoms, most commonly in winter. Symptoms may include sleeping too much, lack of energy and overeating. For those who have SAD, there are ways to support our bodies.

Grounding: Some data has shown that on average, we spend 93% of our time indoors. Going outside and connecting with nature, breathing fresh air has profound effects on SAD.

Vitamin D: Distribution of vitamin D receptors are highly concentrated in the hypothalamus, suggesting a neuroendocrine role. Functional levels of vitamin D should be between 60-80. Because this is a fat-soluble vitamin, blood work prior to supplementation is suggested.

Omega-3 fatty acids: The brain is the richest source of phospholipids in the body and lack of essential fatty acids (EFAs) with excess saturated fat induce formation of cell membranes with less fluid that impair membrane regulation of passage of molecules in/out of cells. This disrupts nerve cell function affecting both behavior and mood.

Check your hormones: Depression may be an early manifestation of thyroid disease. In addition, adrenal dysfunction can also be associated with stress. Checking for thyroid disease, increased morning cortisol and decreased DHEA could be signs.

Environmental toxins: Heavy metals such as lead, mercury, cadmium, arsenic, nickel, aluminum and solvents such as formaldehyde, toluene and benzene have an affinity for nervous tissue. Associated symptoms may include depression, headaches and mental confusion. 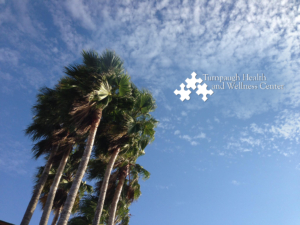 *This is not meant to be personal medical advice. Please consult your doctor for more information.